OCP managed to get itself into trouble by using an image of the Mormon Angel Moroni on the cover of its missal:

The image below is from the cover of a missal being published by Oregon Catholic Press: 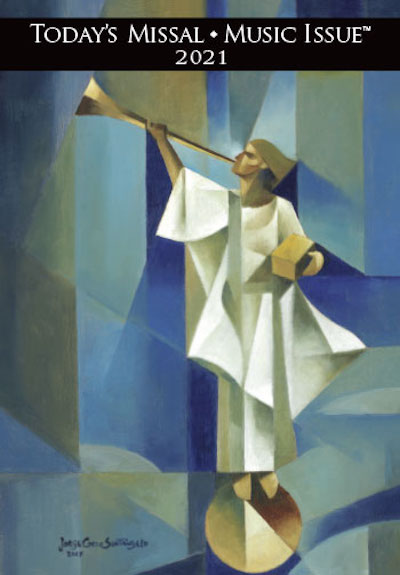 The cover depicts an angel blowing a trumpet — but not just any angel.

It’s the Mormon Angel Moroni, who is the unofficial symbol of the Church of Jesus Christ of Latter Day Saints and who frequently appears on the cover of the Book of Mormon:

I’m no fan of OCP as an organization and have said so repeatedly when talking about their music. The trads trash them regularly, in part because some of their music is questionable theologically (although they had people like this to prepare the way.)  Much of their music is banal and explains why, after the initial rush, post-Vatican II Roman Catholic liturgical music has gone downhill.

Using the Angel Moroni is especially questionable, but they did it anyway.  I’m glad they’ve been called out for it and have retracted the cover.