Sleep was a rare commodity at the St. Anne’s guest house. With Jack picking up Denise, then the constable’s visitation to gather evidence, and finally Denise’s return, the time the team was supposed to rest for the match turned into an all-nighter. Coach Dorr was in and out, but Vannie ended up acting as den mother for most of the girls. Denise didn’t get back until about 0430, but, after giving everyone the executive version of her ordeal, she was able to crash.
Vannie wanted to crash too, but she was too keyed up. She rose just before 0600, finding that everybody else but Denise and Dorr were up.
Vannie counted noses. “Where’s Alicia?” she asked.
“Up on the roof,” one of the team members replied.
“What’s she doing up there?” Vannie came back.
“Wanted to be alone, I guess.” Vannie went up the flight of stairs and found the roof hatch and ladder. Sure enough, Alicia was sitting cross-legged at the corner of the building, staring towards the direction of Serelia town.
“What are you doing up here?” Vannie demanded. 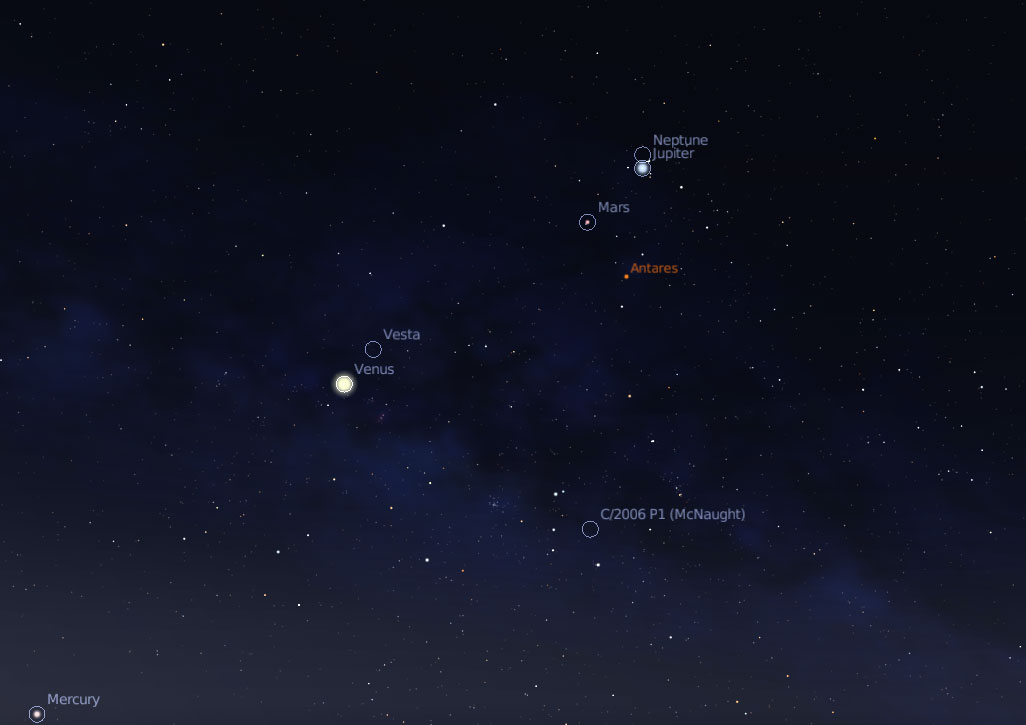 Vannie managed to slog her way through several deuces to beat Dorcas, but the Point Collina girls’ fortunes waned after that. Bereft of the “virgin traitors” and delayed with a rain shower, the PC team’s lack of depth was matched with St. Anne’s better than expected performance. Dorcas managed to even the score with Vannie when she and Theresa put Vannie and Alicia away in doubles. The competition ended up 5-2 for St. Anne’s, a rout that only crowned the sour mood the Point Collinans started with.
As was the case with Jack and Rick, the girls’ constabulary escort was waiting for them. Vannie wanted to spent some extra time with her aunt and cousins but knew this wasn’t the occasion, so she boarded the bus with the rest of the team and they left with the constable behind them.
The original plan was to eat at the Flying Dutchman, but both Denise and Vannie vetoed the idea, so they headed straight for Denton and the Claudian border. Once they had cleared Claudian formalities—which weren’t quite as interesting as those coming in—they went back to the Perfect Ashlar for the first decent meal that the girls—except ironically for Denise—had had since they crossed the border yesterday. As Denise entered the room, Olivia was so happy to see her she ran across the room, threw her arms around her and hugged her, ending up prostrating herself on the floor. Denise and Vannie helped her up, and she seated them in the same corner they were the previous day.
“Heineken dark again?” Olivia asked.
“Yeah, why not?” Denise said.
“Great idea,” Vannie agreed. Vannie looked at Denise’s bloodshot eyes and blank countenance. “You look awful. But we’re safe now,” she assured Denise.
“I feel worse than I look,” Denise confessed. “I never thought I’d do something that stupid, especially with someone I had dumped for good reason.”
“Maybe there were more fond feelings than you thought,” Vannie suggested.
“You can’t let guys like Jack have their way. You have to break them. I forgot that. I won’t make that mistake again.” She looked at her friend. “You did great against that little spook they put up against you—at least in singles. Maybe a stronger partner would have been better.”
“Dorcas is okay,” Vannie said. “She’s a lot sweeter than the country she’s in.”
“That wouldn’t take much,” Denise said. “Tell me again, who was that who took Jack and Rick away?”
“The church cop,” Vannie answered. “I know you’re sore about Jack, but I’d hate to think what he put those two through. He’s a sadist.”
“Whatever it was, it wasn’t enough,” Denise stated.
They finished their meal and headed down the road. The chipper, upbeat team that had left Point Collina yesterday was the silent, introspective team that rode back today. Even Denise noticed the depressed state of the girls.
“I’ve never seen this team this down,” Denise whispered to Vannie as they headed into Claudia town.
“‘Yesterday’s dreams are tomorrow’s sighs,’” Vannie quoted. Once past Claudia they were able to do more than play the music they liked in their head. The top 40 station in Verecunda came back into reasonable range, and they heard such tunes as the Osmonds’ “One Bad Apple” and Gordon Lightfoot’s “If You Could Read my Mind.” The contact with home cheered them up, although the golden-throated newscaster announced their loss along with the boys’ win in Alemara. Pretty soon the conversation machine was moving along with the bus as they made their way through the Aloxan border and through Beran and Aloxa town.
The sun was setting as the girls made the last border crossing at Point Collina. Behind them they could see the sunset playing its red and pink shades in the clouds.
“I feel like kissing the ground like I’ve never felt before,” Denise said as they made their way down Ocean Avenue. She looked out at both the sunset and the familiar town that passed before them. They reached the school, where their cars, parents, or rides were waiting for them to take them home. In Denise’s case, her mother had taken the presidential limousine to pick her daughter up personally. Laura Kendall embraced Denise tightly and they got in the car, the additional driver from the government complex driving Denise’s car behind them. The others dispersed as the day expired into darkness and they all hoped that the real nightmares had been left on the other end of the Island.

Jack was just coming to when the truck pulled into the parish close. Rick helped him out of the back and into the house.
Coleman had already called and briefed the Langleys on the situation. Their surprise was muted; their years at All Saints in Point Collina had taught them that, when Jack and Rick got together, trouble frequently ensued. They had decided that, even though their distaste for what Jack and Rick did was intense, Coleman was punishment enough for both of them, so they restricted themselves to a long lecture on the proper behaviour of a Christian gentleman. Given the sad state of their derrières, sitting through such a lecture was just about as bad as taking the beating in the first place. When they were not lecturing, they fed them well and talked about old times before they all retired.

Saturday evening Mass came to the Cathedral, and before it the penitents came for Confession. Madeleine, for reasons as mysterious as the last time she went, decided it was time to right her relationship with God once again. So she entered the Cathedral with her parents, dressed in a similar outfit she wore the last time she went except that it was all black. They took their usual positions in the back while she went to the line for the next open confessional.
She entered and knelt down, having prepared herself at home. The priest opened the shutter; she knew it was Father Moore.
“Bless me, father, for I have sinned, it has been about six weeks since I last went to confession,” she began. “During that time, I became angry about a dozen times.”
“At whom?” Moore asked.
“At my school, at my teachers, at my headmaster, at our government, and at our bishop.” She expected a reaction to this.
“Go on, my child.”
“Very well, I have been too proud during this time, and I have been too slothful in doing good deeds. Also, I have had impure thoughts once or twice.”
“Anyone in particular?”
“A young man in our school. We have been thrown out of class together. I know he is somewhat cute—there I go again—but he is dangerous, his reputation is not good.” She paused. “That is all I can think of.”
“You have not made a good confession,” Moore declared.
“How is this?” Madeleine asked.
“You missed Mass by your own fault. You went to the Baptist church last month without going to Mass that Sunday.”
“But, Father, I was their guest. I wanted to make a good impression of them as a Catholic. They had never seen this before.”
“It is not your right to decide on the legitimacy of ecumenical gatherings. You must be penitent about this.”
“Very well, Father,” Madeleine replied reluctantly. “I am sorry for this.”
“And then there is the matter of the miracles. You must do penance for lying about these.”
“I would be sinning if I did as you suggested,” Madeleine retorted. “I know what happened. I know what I did.”
“You must tell the truth about this,” Moore insisted.
“I am. You cannot force me to lie. Perhaps I should have started with, ‘Bless you, Father, for you have sinned. . .’”
“Impertinent girl! I should have you excommunicated!” Moore waited for a response to this, but all he got was silence.
“Very well,” he continued. “Have it your way. For your penance, you will say ten Our Fathers, ten Hail Marys, and Domine Sancte twice.” He then pronounced the formula for absolution over Madeleine, and she left the confessional.
Moore closed the shutter, then stopped. His trembling lips pressed tightly together against each other as he tried to compose himself to hear the next confession. “Bless me, Father, for I have sinned,” he very softly said to himself before opening the opposite shutter and resuming his priestly duties.
Madeleine returned to sit next to her mother, lowered the kneeler, and knelt and prayed for a long time. Finally she crossed herself and sat down.
“It was a difficult confession?” Yveline asked her daughter.
“Yes, Maman, it was,” Madeleine confirmed.
Yveleine grasped Madeleine’s hand. “It will be all right,” she assured.
“I hope so,” Madeleine replied.