He’s not widely known outside of the fields he specialised in, but Adhémar Jean Claude Barré de Saint-Venant (1797-1886, usually known in the Anglophone world as simply Saint-Venant) was one of the premier scientists, engineers and mathematicians of the nineteenth century.  His accomplishments were many and include the following:

Saint-Venant was born into a royalist, aristocratic, traditionally Roman Catholic family at a time when it was not safe to be any of these: the French Revolution, at that point stumbling from the Reign of Terror to control of France–and most of Europe–by Napoleon Bonaparte.  It was about the latter where Saint-Venant made a statement about himself that got him into trouble with the “new” Europe.  As described in S. Timoshenko’s History of Strength of Materials:

The political events of 1814 had a great effect on Saint-Venant’s career.  In March of that year, the armies of the allies were approaching Paris and the students of the École Polytechnique were mobilized.  On March 30, 1814, they were moving their guns to the Paris fortification when Saint-Venant, who was the first sargeant of the detachment, stepped out from the ranks with the exclamation: “My conscience forbids me to fight for an usurper…” His schoolmates resented that action very much and Saint-Venant was proclaimed a deserter and never allowed to resume his study at the École Polytechnique.

Saint-Venant’s statement of conscience was at once a political and religious statement, and “progressives” of his day didn’t miss either.  The French, then and now innocent of anti-discrimination legislation or sentiments, made his life miserable. The École Polytechnique was and is France’s premier technical institute of higher learning; getting kicked out of it was the equivalent of, say, being expelled from Princeton or MIT.  He worked in the powder industry for nine years, then was admitted to the École des Ponts et Chausées, where his fellow students shunned him.  He graduated first in his class anyway and began his illustrious career in technical things both theoretical and practical.

In spite of his difficulties within France, his reputation outside of her was another matter.  When François Napoleon Moigno wrote his book on statics, he discovered the following:

He (Moigno) wanted the portion on the statics of elastic bodies to be written by an expert in the theory of elasticity, but every time he asked for the collaboration of an English or a German scientist, he was given the same answer: “You have there, close to you, the authority par excellence, M. de Saint-Venant, consult him, listen to him, follow him.” One of them, M. Ettingshausen, added: “Your Academy of Sciences makes a mistake, a great mistake when it does not open its doors to a mathematician who is so highly placed in the opinion of the most competent judges.” In conclusion Moigno observes: “Fatally belittled in France of which he is the purest mathematical glory, M. de Saint-Venant enjoys a reputation in foreign countries which we dare to call grandiose.”

The French finally broke down and admitted Saint-Venant into the Academy of Sciences in 1868.  He continued his work, much of it from his home, up until the time of his death.  When the President of the Academy announced that passing, he made the following statement:

Old age was kind to our great colleague.  He died, advanced in years, without infirmities, occupied up to the last hour with problems which were dear to him and supported in the great passage by the hopes which had supported Pascal and Newton.

Europeans of the time would not have missed the import of the last statement: Pascal and Newton were Christians, and Saint-Venant was being identified with them as one also.  It was also a statement that Saint-Venant, for all of his achievements and interests which have enriched the world, also had an eternal goal as well.

There’s no evidence that Saint-Venant was ostentatious in his faith walk; descriptions of his life show the contrary.  And–shock to today’s atheist–there’s no evidence that it ever impeded the progress of his research or his thought.  As the statistician and eugenicist Karl Pearson, no friend of Christianity, noted:

The more I studied Saint-Venant’s work, the more new directions it seemed to me to open up for original investigation of the most valuable kind. It suggested innumerable unsolved problems in atomic physics, in impact, in plasticity and in a variety of other branches of elasticity, which do not seem beyond solution, and the solution of which if obtained would be of extreme importance. I felt convinced that a study of Saint-Venant’s researches would be a most valuable directive to the several young scientists, whose recent memoirs shew their interest in elasticity as well as their mathematical capacity. Many of the problems raised by Saint-Venant’s suggestive memoirs were quite beyond my powers of analysis, and I recognised that the most useful task I could undertake, was by a careful account of the memoirs themselves to lead the more competent on to their solution. 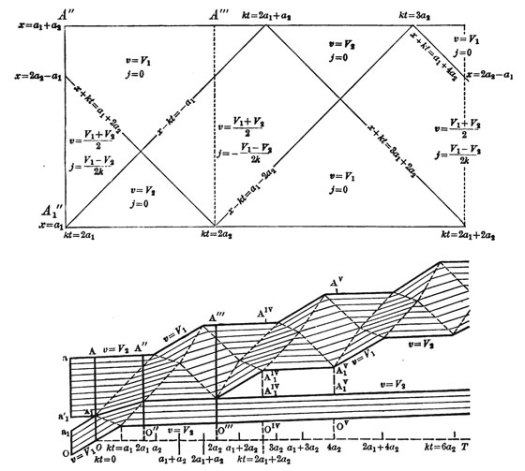 The biggest impediment he had to face was the blowback from his stand at the École Polytechnique, and that came from his secularist colleagues.  But, when the end came, all of his colleagues knew where he stood, in this life and the next one.

I spend a lot of time on this site and others talking about sea (and sometimes air) voyages.  And I’ve spent most of my career (and all the academic part of same) in the applied sciences.  But when I take my last voyage into eternity, I want to do it in the same hope of Newton and Pascal–and Saint-Venant and Euler for that matter–namely that which comes from following Jesus Christ out of the grave and into eternal life.

And you should too.

Note: my main source for this article was S. Timoshenko’s History of Strength of Materials.  Other sources were as follows:

4 Replies to “Taking the Last Voyage with Newton and Pascal”