The clean-up from the ice storm in the Midwest brings back memories of the Arkansas ice storm of 2000, when Mike Huckabee was governor and Bill Clinton was going out as President. 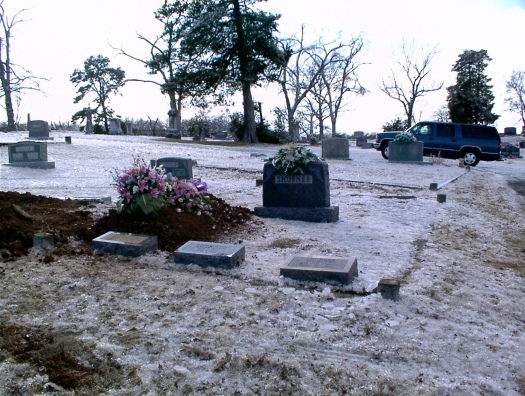 A photo from the aftermath of that ice storm, in central Arkansas.  From Delayed For My Appointment:

But for me Christmastime took a definite turn downward when my mother passed away a few days before Christmas. We had her visitation just before the holiday and afterwards took her back to her native Arkansas for burial.

It was an eventful time in the “Land of Opportunity.” Its “favourite” son, Bill Clinton, was going out of office shortly, not to be replaced by his sidekick Al Gore, who had lost his own home state. Arkansas had been hit by a record ice storm, darkening the state and making travel difficult. All of these events served as a distraction for the moment.